Alliance of Violin and Bowmakers for Endangered Species

The traditional art of violin and bow making has not changed much for centuries, but some of the materials used by luthiers are now on the endangered species list, with more soon to be added. These are materials such as ivory, mother of pearl, tortoise shell and Pernambuco, the wood used in making bows. Violin making has evolved to avoid the use of some of these species, but the main types of wood used in violin making (ebony, maple and spruce) may soon be added to this list. It has been clear to violin and bow makers since the late 90s that in order for the art of violin making to remain sustainable, they must be involved in efforts to protect, conserve, and regrow these species.

For the past 14 years, LIVS Director Charles Rufino has been the Secretary of the International Association of Violin and Bow Makers, also known as the Entente Internationale des Luthiers et Archetiers (EILA). In 2018 the EILA established a coalition of luthiers that would work toward conservation of endangered species as well as advocate for luthiers to continue to be allowed appropriate access to certain materials. It soon became apparent that an entirely new structure would be needed, and the International Alliance of Violin and Bow Makers for Endangered Species has been incorporated as a registered 501c3 not-for-profit corporation. You can learn about their mission and projects and even make a donation on their newly launched website Alliance-USA.org. 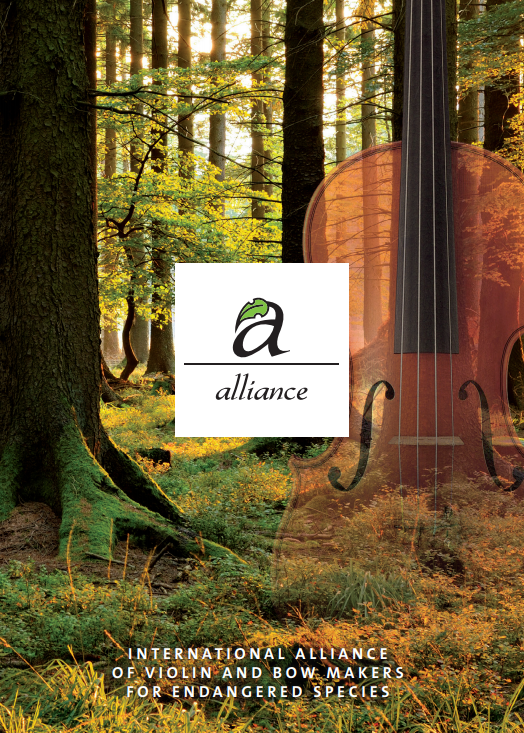 For years the EILA, along with other professional organizations such as the American Federation of Violin and Bow Makers (AFVBM) has helped fund the International Pernambuco Conservation Initiative (IPCI).  This organization was formed by bowmakers around the world to support the conservation and sustainable use of Pernambuco. The Alliance will continue to support the IPCI as well as other projects to conserve ebony and rosewood in Madagascar and maple in areas of Europe.

An educational curriculum for future violin makers has been in the works since 2017 when members of the Alliance met with teachers and students from the International Violin Making School of Cremona (Italy) to outline the course curriculum. Coursework will include information about the sourcing, legalities and environmental concerns surrounding certain materials used in violin making as well as information about new, alternative materials. The development of the curriculum came to a halt during the pandemic, especially since Cremona was hit so hard by covid in the beginning, but the Alliance has begun to resume work on this important project.
Filed in: bowmaking, endangered species, lutherie, music news, sustainability, violin making, workshop