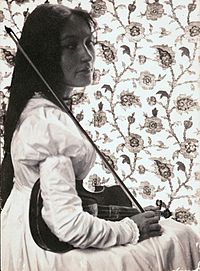 Yankton Sioux woman,  born in 1876, on the Yankton Sioux Reservation in South Dakota. At a young age, Zitkála Šá, who also became known as Gertrude Simmons, left her reservation to attend a Quaker missionary school called White’s Manual Labor Institute. At the institute she learned how to read, write and play the violin, a skill that would eventually allow her to attend the Earlham College in Richmond on scholarship and to play in the New England Conservatory of Music. Like many people who were born of mixed Native American and white ancestry, Zitkála Šá often felt torn between staying true to her Native American heritage while furthering her education in white society.

In 1902, Zitkála Šá began working on a libretto and songs for the opera, The Sun Dance, along with composer William F. Hanson from Brigham Young University. The opera gained high praise and was the first opera ever to be cowritten by a Native American. Zitkála Šá was also a talented writer who wrote legends she had collected from her people as well as several autobiographical narratives that were published in Atlantic Monthly and Harper’s Monthly magazines. In addition to writing and making music, Zitkála Šá was a political activist and spent most of her adult life using her talents to help reform Indian policies in the United States. 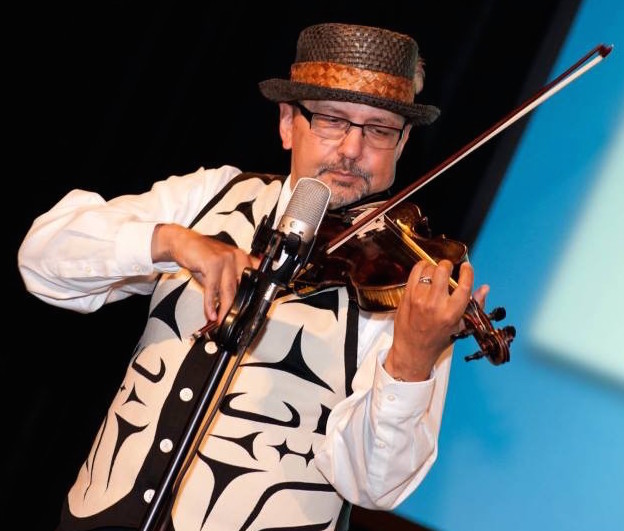 Swil Kanim is a classically trained violinist, composer, storyteller, actor and Army veteran from the Lummi Nation of the Pacific Northwest. Kanim’s own personal experiences with early life trauma and depression have led him to a deeper understanding of at-risk populations and he  has made it his life mission to bring hope and healing through his music and stories. He travels around the US speaking at conferences and doing workshops and performances for schools and rehabilitation centers. He has given two TEDx talks called The Art of Honor and the Gift of Presence.

Laura Ortman is a violinist and composer 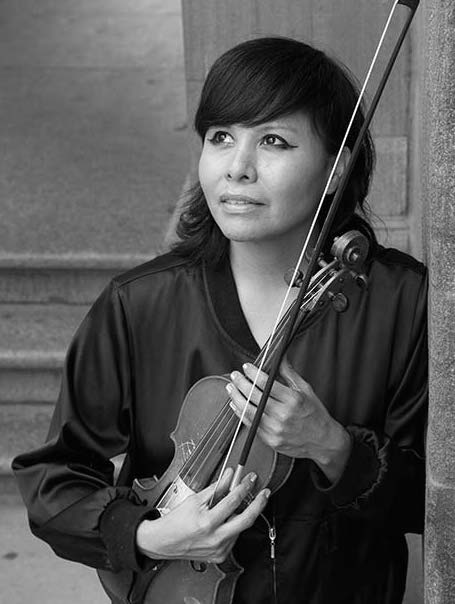 of White Mountain Apache ancestry. Ortman began playing the violin at a young age and was invited to join the St. Louis Symphony. After earning her BFA from the University of Kansas she moved to New York where she began her career as an installation and performance artist. In her apartment in New York, Ortman began recording compositions on a 4-track tape recorder, which she still uses to this day. Ortman experiments with  ambient sounds, made by her violin and other instruments, to create unique musical landscapes. In 2008 Ortman received the First Nations Composers Initiative Common Grounds Award for founding the Coast Orchestra, an all Native American Orchestra. 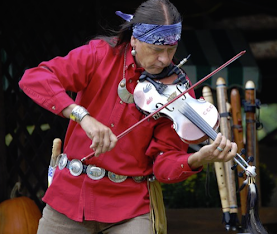 and folk music. He’s travelled extensively to submerse himself in various regional styles of music and to form his own unique style of playing. While Bird was living in Nashville he developed his independent record label called Singing Wolf Records. Bird has released 25 CDs, two EPs and two DVDs. He has earned five international music awards, one of which was for his composition, Tribal Music Suite: A Journey of a Paiute - A Celtic and Native American Concerto for Violin and Native American Flute.